The Ballad Of Sir David Horsenborough 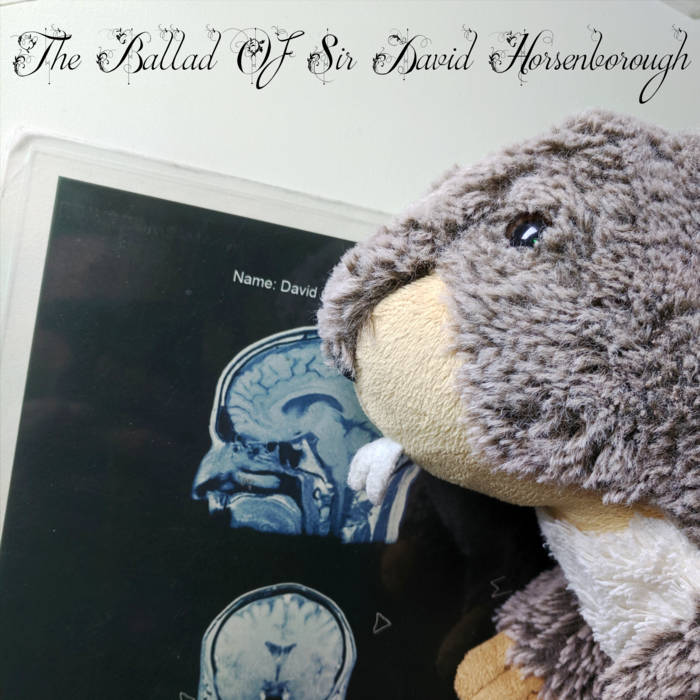 Born in a Savoy town, young David knew he couldn't hang around for long
The call of that horizon and adventure's lure were much too strong
To merely stay with who you know
No more summer evenings drinking wine
And no more footprints in the snow.

David travelled northwards, through the Calais ports, across the channel blue
The green and pleasant land, like yet unlike the land he thought he knew
While seeking fortune, found a love
Married in a Kentish chapel, under azure skies above.

CHORUS:
Ride on, Sir David
Ride from land to land
Never has a marmot aggregated such acclaim

Ride on, Sir David
Take your husband by the hand
Traveller by nature and a Horsenborough by name

Sir David had a certain habit
To trot the globe and make the world a better place
Neither marmoset nor rabbit
His species nor his stature did a complication make, as he roamed (he roamed)

Sir David's travels took him, through the port of Amsterdam, to Rotterdam
To a performance of the four-piece local Anti-Fascist Europop band
Sir David joined them for a song
The crowd went wild, and with a smile, they all began to sing along

And on a trip to Transylvania
Sir David fended off a bandit with an axe
(He's so voinic)
And as he travelled through Romania
Saving cyclists from bears, and bears from tourists, and then back in time for tea

And so Sir David's many escapades, too many to enumerate here
Just be sated, know where'r he strayed he stayed, collaborated
Met with appreciation, sometimes a congratulation
No word of exaagguration
Literally everyone he meets adores him, follows him ashore while singing

Bandcamp Daily  your guide to the world of Bandcamp

Featuring Oakland sounds from the Smart Bomb collective and Samplelov.